“Damn girl, you eat so fast, its not even ten minutes!”

“Do you even swallow your food?”

“Do you have an eating disorder?”

“Are you trying to lose weight?”

These are questions I get asked a lot whenever we enter the lunch hour or whenever people notice I “don’t eat much” especially in parties or restaurants.

I eat like a mouse. Breakfast was never my thing. I get nauseous in the morning and any attempt I do to get food in my system doesn’t end well. I always found the act of eating a chore because I hated thinking about what to eat and am lazy to chew food. It’s weird, I know, why? Because that’s how I roll.

Food doesn’t appeal to me (and no I have never been diagnosed with an eating disorder or at least not to my knowledge) but to be frank, I never saw the appeal of food. I never understood why people love food or at least want to eat food every day. I just never found joy in eating.

I don’t really give two sh*ts if I was overweight or skinny or whatever people thought about me so for people to assume me not liking food because “I am conscious about my weight”, its really a stupid assumption.

I always viewed food as a a means of sustenance. To survive. I get full easily and typically would feel satisfied with a few bites BUT that didn’t mean I was skinny. My weight tends to be erratic more so when I am stressed or dealing with anxiety. Some months I’m blowing up like a balloon (why? because holidays exist) other times my weight is normal.

Does that equate me having an eating disorder or struggling to accept my weight?

In my book “Undeniable Desire” one of Kelsey’s early memories is struggling bullying she received because of her weight. The reason why I wrote her that way is not because I wanted to normalize it, but because I wanted to show my readers how much it affects a person, and the book doesn’t even focus on her weight. It focuses on her growth, and not just hers but the students she interacts with as a school counselor. The book tackles some of the many issues kids struggle with at schools and also provides a perspective of what goes on in the mind of a school counselor and they too aren’t perfect and battle with their own mental health.

I like to think Kelsey’s story hits home for me.

I remembered this one incident when it was my mother’s birthday. We ate at a restaurant and the food was really good. At that time I ate more than I usually do and my brother looked at me and said out loud, “why are you so fat, you have a double chin”. We were in public with people next to us. It didn’t hurt me that he said that because it was a fact and again, I don’t care about my weight. What really hurt was that he made it sound so bad and that he made it sound like a norm in a dinner table conversation (and a special one in fact because it was my mother’s birthday) it was just rude and I could see the people next to us giggling. Like dude, really? You’re going to say that when you aren’t skinny either and here you are making fun of my double chin. Does insulting people stroke your ego? Is that the only fun thing you can think of to start a conversation?

It’s so weird how instead of paying attention to our own food and actually appreciate the food in front of us, we are more concerned about other people’s eating habits and weight. Instead of having an actual conversation with a person would be more interested in your dietary choices or preferences.

Why isn’t it normal to not be interested in food or eating in general? Why are people so open to proclaiming themselves as a foodie but not a non-foodie? We are humans too, is it really weird to not like food?

I mean you do you, and I do me (if that makes sense). You can’t convince me to love food, and I hope you do respect that. I hope that this blog post inspires people to open their eyes in what they may unconsciously doing by asking questions about their weight or their eating habits. I also want to fight against the bullying people receive for their weight. We are all lovely human beings that come in all forms shapes or sizes. We are all created equally and all put on this earth to spread love not hate.

Do yourself a favor and be a decent human being today. If you bullied a person in the past for their weight, apologize or stop doing it all together. If you are someone who has suffered from bullying because of your weight, know that you are loved and beautiful both inside and out!

P.S. Any rude comments will be reported and removed. Please be nice to other people. We all have rights to freedom of speech but there’s a fine line between constructive criticism and being an asshole. If you don’t have anything nice to say, don’t say it. Put yourself in another persons shoes. If you don’t want anyone to hurt a person you care about, then you should do the same when interacting with other people! 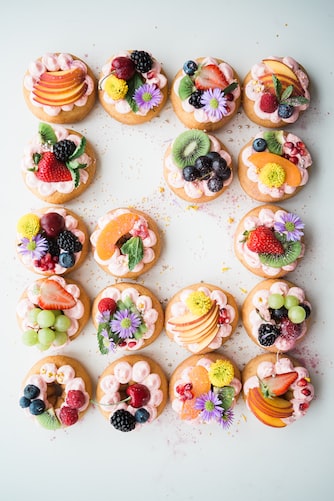 Photo by @brookelark via unsplash