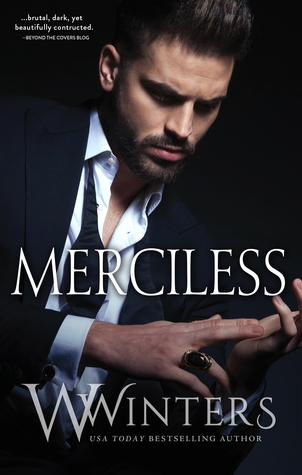 Summary:
Merciless follows the story of a powerful man, Carter Cross, and a daughter of a mafia boss, Aria Talvery. The story begins with Aria who finds herself at a bar to retrieve her precious sketchbook (though it’s not the sketchbook that is special but what is inside). Everything goes south from there when she is caught in a crossfire and taken captive by a guy named Romano who trades her off to our supposed male lead, Carter Cross. Aria hopes to be saved, will her believed savior and captor show her mercy or will she submit to his every command?